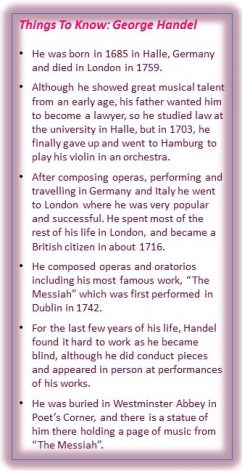 Listening and movement activities inspired by Handel’s “The Arrival Of The Queen Of Sheba”.

Parade For A Queen