In May, I was asked to be the Adjudicator for the New Zealand Choral Federation’s (NZCF) Big Sing Composition Competition. This involved making remarks and helpful suggestions to about 15 NZ high school students about the choral entries and picking a winner – all of this in quite a short space of time, but very enjoyable and quite an honour. The winning entry was performed at the finale of the Big Sing competition. I haven’t done anything like this for a while. I felt that these young composers needed encouragement and suggestions not just a result and thereby success or failure, so really went to town on the comments – over the top as usual, but I’m glad I did because there was in turn feedback from them. One lad who receives no tuition at all in composition in his school, but has a yearning to write music, so entered the competition said he was initially very upset and discouraged by absence from the winners’ list, but after reading my comments and suggestions a few days later was motivated to continue.
They stream the Big Sing Finale live – it’s 20 or so of NZ’s best Secondary school choirs (selected from regional festivals earlier in the year) singing a couple of mini-recitals and then they receive medals either bronze, silver or gold and sometimes platinum if there’s one that’s outstanding. Each choir has to perform at least one new Zealand work in their recitals and I often do still get pieces played. I had it on in the background one morning and up popped my Hodie – quite a treat. You can listen to that here if you like. 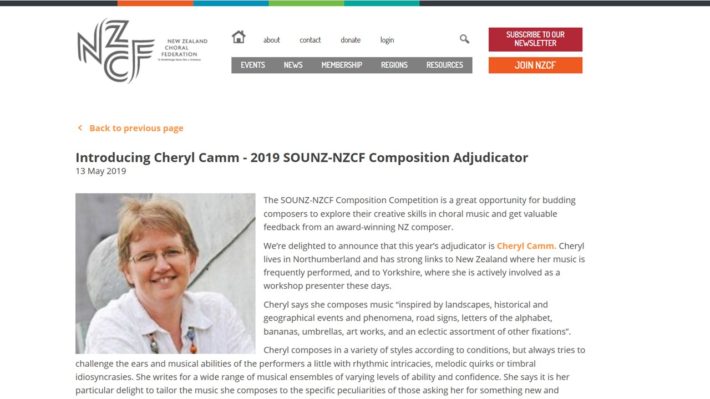