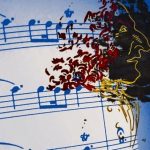 This series of activities was first produced for school students to help with an introduction to and study of Vivaldi’s Four Seasons. They are presented in this list in the order I first used them with students. The first eleven look in general at different aspects of the work and his life, and the last four were specifically intended for use by senior music students at high school. I have subsequently used some of the activities contained within each blog post with much younger students in primary school.

Vivaldi Had A Life – (Suitable for Year 4 and upwards) It’s a biographical quiz about Vivaldi’s life and work. Use it as revision or research. It can be a puzzle for the end of a study of him and his music.

Seasonal Score Sport – (Suitable for Year 7 and upwards) Using puzzles and team games to find your way around the score of Vivaldi’s Four Seasons is the aim of this blog. More detailed analysis is on the way, but these are good for starters….or revision!

Composing With Antonio – (Suitable for all ages – including early primary. I’ve done the last one with Year 2s) Here’s a selection of activities to not only help you become more familiar with Vivaldi’s The Four Seasons, but also to hone some of your own composing skills at the same time.

Little Returns In Spring – (Suitable for Year 9 upwards) Little returns of short sections of music – they’re all over those 1st movements of Baroque Concertos like Vivaldi’s Four Seasons. We’ll have an in-depth look at the structure in “Spring”, 1st Movement. It’s Ritornello Form!

Slow Vivaldi – (Suitable for Year 10 upwards) We’re looking in general at the characteristics of slow movements in Vivaldi’s concertos. Can you find the musical events in Spring, Autumn and Winter?

Tonality’s The Key – (Suitable for Year 10 upwards) We’re going to look for all the clues that tell us the keys the music goes through in one of the movements of Vivaldi’s “Spring”.

Continuo Antonio – (Suitable for Year 10 upwards) It’s a brief overview of those little numbers underneath the bass-line in Baroque music, and what they might mean.

Violining Vivaldi – (Suitable for Year 4 upwards) Let’s find out about stringed instruments and their distinctive timbres….then we’ll understand Vivaldi’s use of them better!

Sonnet Seasoning – (Suitable for all ages) It’s all about the extra-musical influences that inspired Vivaldi while he composed “The Four Seasons”, in particular sonnets which often appear at the beginning of the score.

Four Seasons Theme Cards – (Suitable for year 10 upwards) Make these Four Seasons Themes Cards and a whole host of thrilling games will open themselves up to you for revision and study purposes.

Summery Ritornello – (Suitable for year 12 upwards) An analysis and activities of the 1st movement of Vivaldi’s “Summer” concerto. It’s all about his striking use of ritornello….and there are poppies!

Midges and Summer Thunder – (Suitable for Year 10 upwards) A beautiful melody, the threat of a thunderstorm and some pesky insects make for a sweltering look at Summer’s 2nd movement.