I’ve been running thrilling composing workshops for youngsters, teachers and family groups for the last 20 years, and have a cheery style, encourag 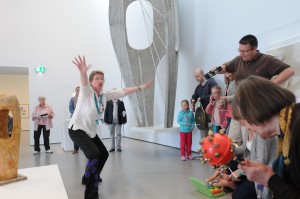 ing practical participation and creative ideas from the group. I will link in to your particular themes and requests, and adapt the content of the workshop to suit your musical needs and wishes and levels of confidence.
Contact me and let’s discuss your musical workshop requirements!

Some recent workshops include:

Contact me now
Browse Blog to see some workshop reports