What’s the Big Sing Finale in Dunedin all about, then?

It’s about 23 of the best young choirs in New Zealand coming together for one big three-day-long fiesta of showing each other what they’re chorally made of and appreciating with increasing enthusiasm and confidence what the others are made of too.

It’s about 9 concerts of a stunningly extraordinary variety of music, performed by these exceptional young people with sincerity, enthusiasm, passion, sensitivity and interaction with both audience and each other.

It’s about hundreds of teenagers filling up Dunedin with gusto, spreading laughter and song and 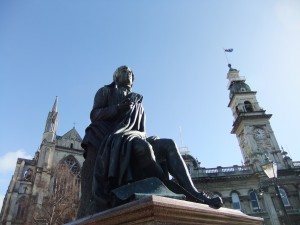 generosity of spirit wherever they go, and being top quality ambassadors for themselves, their choirs, their schools, their home towns and cities, and teenagers throughout New Zealand.

It’s about Dunedin putting on its best, most famous hospitality for its visitors, the weather smiling sunnily on them, Otago University lecturers selling their wares unashamedly, proudly, truthfully, the Big Sing Host Committee fleet-footedly and calmly ensuring everyone can sing their best when they need to.

It’s about over 24 piece 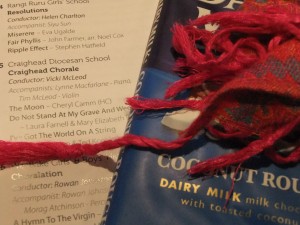 s of outstanding New Zealand music being given equal status with the art, folk and popular music of the rest of the world, about New Zealand performers being proud and excited to perform the music of their friends, colleagues and compatriots, about one young lad being given the opportunity and platform to hear his prize-winning piece performed by his highly accomplished mates in his packed home town concert hall.

It’s about the people that really care about choral music in New Zealand investing lots of their time, money and zeal in the singing, composing and all-round musical future of New Zealand.

It’s about the lasting heart-warming and breathtaking memories of  the sheer awesome size of Voicemale, spontaneous hakas, the amazing soundwall of everyone, I mean everyone, singing Borodin, the rehearsal skill of Andrew Withington, the courteousness and complete enthusiasm of Fortissimo around Dunedin, Future Prospect singing, dancing and acting their way through We Sail the Ocean Blue with increasing enjoyment and confidence as the festival progressed. This is the joyful memory that sticks most steadfastly in this mind! 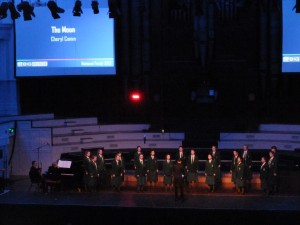 It’s about one composer, visiting a favourite town and beloved friends and hearing one of her choral pieces performed with such care and energy and spirit that she beamed very widely indeed.

So thank you Dunedin, and the New Zealand Choral Federation, and the Dunedin Host Committee (especially Carole Randall), the adjudicators and audiences, and all the choirs, conductors and accompanists, and most especially Craighead Chorale and Vicky McLeod from Timaru. It was completely fantastic.